Two words. Prosecco Gelato. Need I say more? Of course there are many more reasons to visit the third annual Prosecco Festival, taking over the Northcote Town Hall over two sessions on Saturday, February 29. More than 40 varieties of Italian and Australian prosecco will be popped for tasting, along with Neapolitan pizza from 400 Gradi. And then there are these five delicious reasons…

King Valley’s Dal Zotto family got together with Zero Gradi to create Prosecco Gelato. It’s a thing. And it’s delicious.

Here’s another tasty collaboration worth crossing town to try. The team at Eat Cannoli have joined forces with Yarra Valley Caviar to create a savoury cannoli with salmon pearls. And if you can’t get enough of the fizzy stuff, they’re also making a prosecco-flavoured cannoli.

More than half of the wines available for tasting at the Prosecco Festival are vegan friendly. You’ll also find plenty of vegan and gluten-free food.

John the Oyster Bloke will be shucking his famously good oysters, and it’s for a good cause. Proceeds from the oyster sales will raise funds for his home town of Kiah on the NSW south coast, which was devastated by the January bushfires.

With 40 different proseccos from Italy and Australia, there’s a fizz with your name on it. Winemakers and importers will be on hand to talk about their favourite drop. There’s even an Italian winemaker who’s flown out from Veneto to tell people about his Cester Camillo wines. 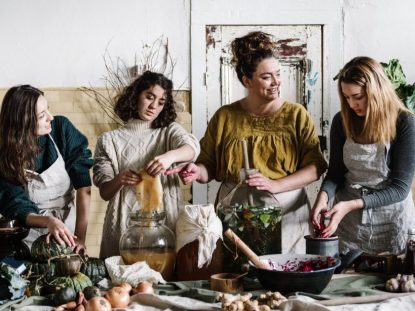