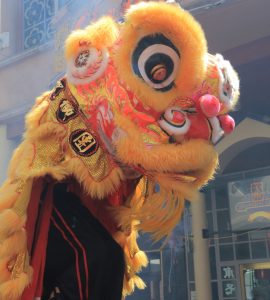 It’s easy to celebrate Chinese New Year in Melbourne… just follow the sound of firecrackers and drums on our city streets – and the smell of fresh dumplings.

The lunar year clicks over to the Year of the Dog on Friday, February 16, but the party continues in Melbourne until February 25 with dazzling light installations, street performances, outdoor food stalls and vibrant acrobatic lion dance workshops.

With so many events across the city, where should you start? Five of the Best asked Thomas Ling, chairman of Melbourne’s Chinese New Year festival. These are his five favourite bits of the fesitval.