The German Film Festival is back in Melbourne, and here’s an insider’s guide to the program from one of Germany’s leading cultural ambassadors in Australia, Christoph Mücher (pictured).

Mücher is the director of the Goethe-Institut, Germany’s cultural institute, which has operated in Melbourne and Sydney for 50 years. You can see Mücher’s five favourite films and many others from May 25 to June 19 at Palace Cinema Como, The Astor Theatre, Palace Balwyn, Palace Brighton Bay, The Kino and Pentridge Cinema. Make bookings and get more information here.

Going to the movies is the easiest way to travel. You can take a trip to Berlin and discover the multi many facets of this cosmopolitan capital. Start by traveling in time to the dark Nazi-era Berlin 1942 (The Forger), then revisit East Germany in 1968 (Dear Thomas), 1980 (Solo Sunny); and 1981 (The last Execution), relive the fall of the Berlin Wall 1989 (Good bye Lenin), and jump to 1998 and run with red-haired Lola through the streets of Berlin (Run Lolo Run, pictured).

Is it possible to deal with the very serious subject of “Stasi” (the omnipresent East German secret service) in the form of a comedy? Why not? And if anyone is able to doing it, it’s director Leander Haussmann with a stellar cast of great actors. A Stasi Comedy is our opening night film.

Same subject (cooperation with the “Stasi” secret service), but a very different tone. The Last Execution is a brilliant movie on how the individual in a totalitarian regime is torn between luring opportunities and his/her own conscience. It’s based on a true story and filmed at original GDR locations in Berlin. I wonder how the filming went under Covid conditions? Which will be my first question to director Franziska Stuenkel who will be present at the Palace Como for a Q&A – so good to having have international guests again.

While many films talk ABOUT Eastern Germany – this film is FROM Eastern Germany. A unique possibility to enter a time capsule and travel to the famous counterculture scene in East Berlin’s Prenzlauer Berg. An incredibly entertaining history lesson with fantastic acting and an amazing spirit of freedom. No idea how director Konrad Wolf got that movie through the censorship. It’s my personal favourite.

The festival offers great opportunities for families. Take the kids, invite grandma and go and see Mission Ulja Funk, a great road movie following the alert bright 12 year-old Ulja on her search for an asteroid. Stunning acting by young Romy Lou Janinhoff. It’s one of a whole program – Kino for Kids – of  films for children and teenagers. It’s a great opportunity for children to get their first taste of film festivals. 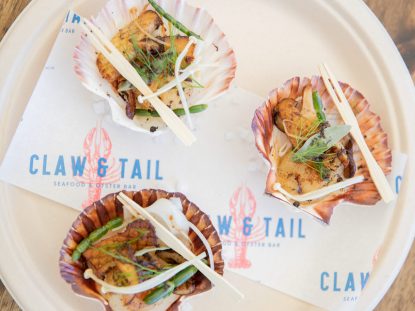