Fresh from running this month’s Nike Melbourne Marathon Festival, Steve Moneghetti is back on the track enjoying the city’s many running tracks.

One of Australia’s greatest ever marathon runners, “Mona” represented his country at four Olympic Games, four Commonwealth Games and six World Championships. The Ballarat boy has run an incredible 22 marathons and finished in 11th place or higher in 20 of them.

Despite retiring at the Sydney 2000 Olympics, Moneghetti still runs every day, covering around 70km a week. He joined the SriLandkan Airlines 10km event at the Melbourne Marathon, which chalked up its 43rd year with more than 28,000 registered participants – the biggest since the pandemic.

Running a marathon or half-marathon is all in the preparation, so here are Moneghetti’s five favourite running tracks in Melbourne (with some post-run cafe tips for good measure).

Pancake flat and dotted with educational insights, the Solar System Trail is one of my favourite Melbourne tracks to run at dawn and sunset.

Learn about the planets and space as you run or walk your way through the trail. Instead of navigating 5.9 billion kilometres from the Sun to Pluto, you only need to complete a 5.9km trail (11.8km return).

Following the Port Phillip Bay coastline from St Kilda to Port Melbourne you can find sculptures of the Sun, Mercury, Venus, Earth, Mars, Jupiter, Saturn, Uranus, Neptune, and even Pluto. The one to one billion scale model of the Solar System was constructed by artists and scientists way back in 2008.

Originally a horse track, The Tan is Melbourne’s most popular running trail spanning 3.8km around Kings Domain and the Royal Botanical Gardens.

I love this track as it’s an achievable running and walking distance for people of all abilities. The atmosphere on a warm sunny day is really enjoyable with so many like-minded people out and about. Taken clockwise (a tradition for me) you’ll face Anderson Street hill. Although no matter your direction, you’ll see some of Melbourne’s most iconic attractions, including the Arts Centre Spire, The Yarra River and The Shrine of Remembrance.

Post-trail, head to No.179 at 179 Domain Rd for a takeaway coffee and sweet treat to enjoy in the Royal Botanical Gardens.

Another iconic location, Albert Park Lake reminds me of the beloved Lake Wendouree in Ballarat where I’m currently based.

Enjoy picturesque views of the water and be inspired by the world’s fastest cars as you run next to the Melbourne Grand Prix’s racing track. Don’t be fooled though, the 4.7km course may be flat but can be accompanied by a strong headwind. If you can push through, you’ll be kindly greeted with the tailwind on your way round.

With a little bit of extra work at the end, you can also reach 5km which is a running foundation distance and gives you a good idea of your kilometre race pace.

I recommend heading to Fat Albert Cafe post-trail and refuelling with some takeaway lunch back at the Park on a sunny day.

One for the marathon runners out there, the Capital City Trail is two thirds if the full race distance and is a spectacular run if you do it all in one effort. The scenery on this run still impresses even when you are getting tired at the end of your journey. If you’re yet to hear of this trail, it’s likely you’ve already stepped foot on it. The 29km track takes you through Melbourne’s city centre and past iconic landmarks like the National Gallery of Victoria, Royal Botanical Gardens and Melbourne Cricket Ground. Keep following the trail and you’ll enter Melbourne’s inner-eastern and northern suburbs before returning back to the city.

At a closer look, you will notice that the entire trail can be segmented into smaller trails, such as the Main Yarra and Merri Creek trails. Break it into sections or complete the entire thing as part of your Nike Melbourne Marathon Festival training.

The Yarra Bend Park Loop is another one of my favourite courses as it’s just 7k from Melbourne’s city centre but makes you feel like you could be anywhere in the world. The largest area of natural bushland in inner Melbourne, Yarra Bend Park is full of beautiful native fauna and flora. Immerse yourself in the breathtaking environment as you follow along the Yarra River and river red gum that shades the water banks.

This 9.5km loop has the magical ability to melt away your worries, you’ll be feeling a total disconnection from the city’s hustle and bustle, Melbourne who?

Start and finish at Fairfield Boathouse and while you’re there, be sure to devour their Devonshire Tea and famous scones.

Want to run the 2022
Melbourne Marathon?
Get more here
. 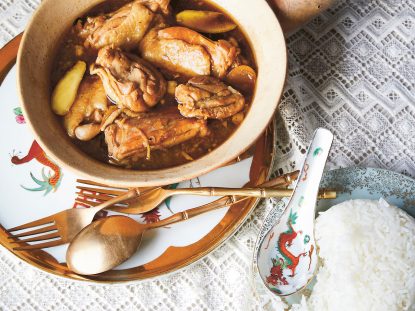 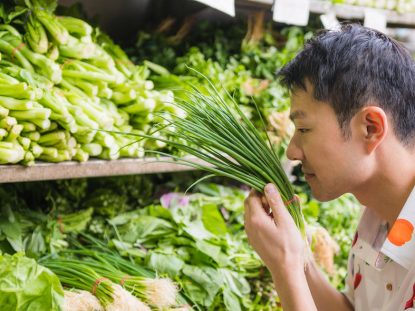 5 hacks to save money on winter fruit & veg