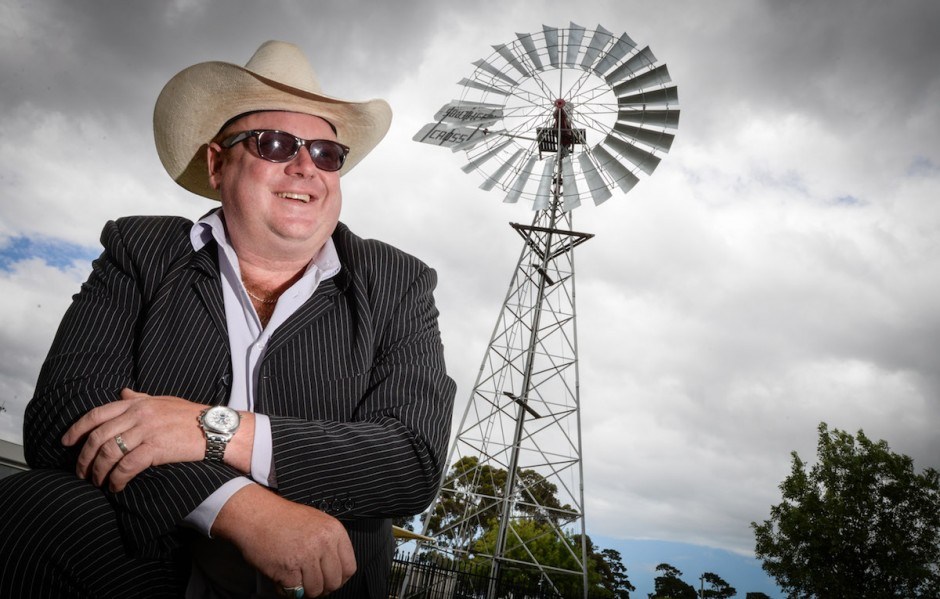 If you’ve ever enjoyed a ride on Queenscliff’s Blues Train, drop everything this Labour Day long weekend.

The team behind the famously raucous steam train has turned its attention to Geelong’s first fully fledged music festival, Motor City, taking over the “Geetroit” showgrounds from March 6-8.

Hugo T. Armstrong (right), the long-time PBS radio jock who came up with both the Blues Train and the Queenscliff Music Festival, has lured dozens of acts to Geelong over the three days. Friday’s program will be rock and roots, Saturday will be all about blues and tribute bands, and Sunday will be family day, with one of the biggest country music line-ups to ever hit the city by the bay, along with a stage devoted to music of the ’80s, ’90s and noughties.

There will also be free carnival rides, a craft beer hall, local wine and cider bars and a tasty selection of food trucks, so bring a picnic rug and settle in.

And if you need more convincing, here are Hugo’s top 5 reasons to have a look at the inaugural Motor City.

Come down on Friday night and have a few beers in good old Geetroit with one of the most iconic bands ever seen. I saw them at Rockin’ the Docks and Rockin’ the Rails. They are, of course, the Painters & Dockers (pictured above), with Paulie Stewart out the front. I remember losing the skin off my shins at the Punters Club Hotel at a Rock against Work gig. It’s going to be amazing to see them again. I first saw them supporting Midnight Oil at the Portarlington Oval and have never looked back. I have all their albums on vinyl. I’m a massive fan. Friday night, Southern Cross stage, Painters & Dockers – what a way to start a weekend. Here’s some original Dockers love to get you started…

Expect a massive blues explosion on four stages featuring Jimi Hocking, Geoff Achison, Lloyd Spiegel and Chris Wilson – some of my oldest buddies from the Blues Train. So proud to see them up on stage rocking out. Gwyn Ashton (now based in the UK) will be in the Showman’s Bar – the closest thing we have to an American-style juke joint. I’ll be sipping a mojito or two over the weekend at the Showman’s Bar. Friday night will also see The Black Sorrows; Phil Para and Broderick Smith. Blues fans won’t be disappointed.

Motor City will have Australia’s biggest tribute festival stage. Last year was amazing. Everyone said it wouldn’t work – all the more reason for it to work – and it did. It went off. Really excited to see Creedence Clearwater Recycled; INXSIVE (INXS – another band that had a huge influence on my life) and the return of Barwon Head’s own Shed Zeppelin and the hit of 2014, Appetite for Destruction – the Guns n’ Roses Show.

We’ll have Eurogliders and David Reyne – it’s the 1980’s again. I saw Eurogliders at Billboard Nightclub. I think that was the night that they were supported by The Johnnies. The Johnnies were chucked off stage for saying the “F” word on stage which made headlines all around the country. It’s inconceivable now. Seeing the Eurogliders with Grace Knight… what an incredible career and a great Aussie band. It’ll be awesome. Country music line-up is a little bit country and a little bit rock n’ roll. I can’t wait to see Doug Bruce & the Tailgaters and Travis Collins – number one on the country music charts – along with the great James Blundell. And we haven’t forgotten our little festival goers – there is a line-up especially for them with Dazzling Dan the Magic Man, Pevan and Sarah, the Funky Mummies; Andy Magee and Unstrung Puppets.

There will also be free carnival rides and fireworks. Isn’t there a little bit of “carni” in all of us? I’ve just got a bit more than most. I’m telling you I grew up mesmerised by the showgrounds. I worked under the late, great Tom Whittingslow of Whittlingslow Entertainment for a couple of years at the Royal Melbourne Show. I remember going on one of my first ever dates to the Geelong Show and sitting next to a girl on the Cha-Cha – I thought all my Christmas’s had come at once. Fast-forward to the March long weekend for free carnival rides, a huge spectacular firework display – boom, bap, pow, wham bam, thank you ma’am. See you all at Motor City Music Festival – Geetroit Rocks! March long weekend.