A comic’s guide to the comedy festival 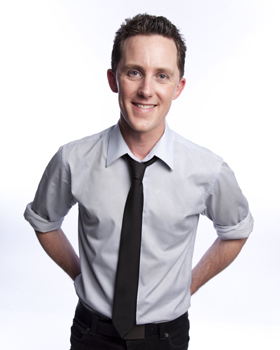 Don’t be overwhelmed by the massive number of shows listed in the Melbourne International Comedy Festival program. Michael Chamberlin is here to help.

The Melbourne-born-and-bred comic is preparing for his 11th stint at MCIF, making him a comedy veteran despite his baby-faced looks. You’ll find Michael on stage at the Imperial Hotel every night of the festival performing his new show Life in Moderation.

And when Michael’s not on stage, these are his the comedians he’s checking out this year.

A comic’s guide to the comedy festival